After the protopunk of The Stooges but before the hardcore of Negative Approach, Detroit’s first wave punk/new wave scene found its footing in early 1978 on the stage of a former jazz supper club turned gay bar called Bookie’s Club 870. The range of sounds developed out of the frustration of artists who felt creatively restrained by bar owners at the time in Detroit and decided to start something for themselves. 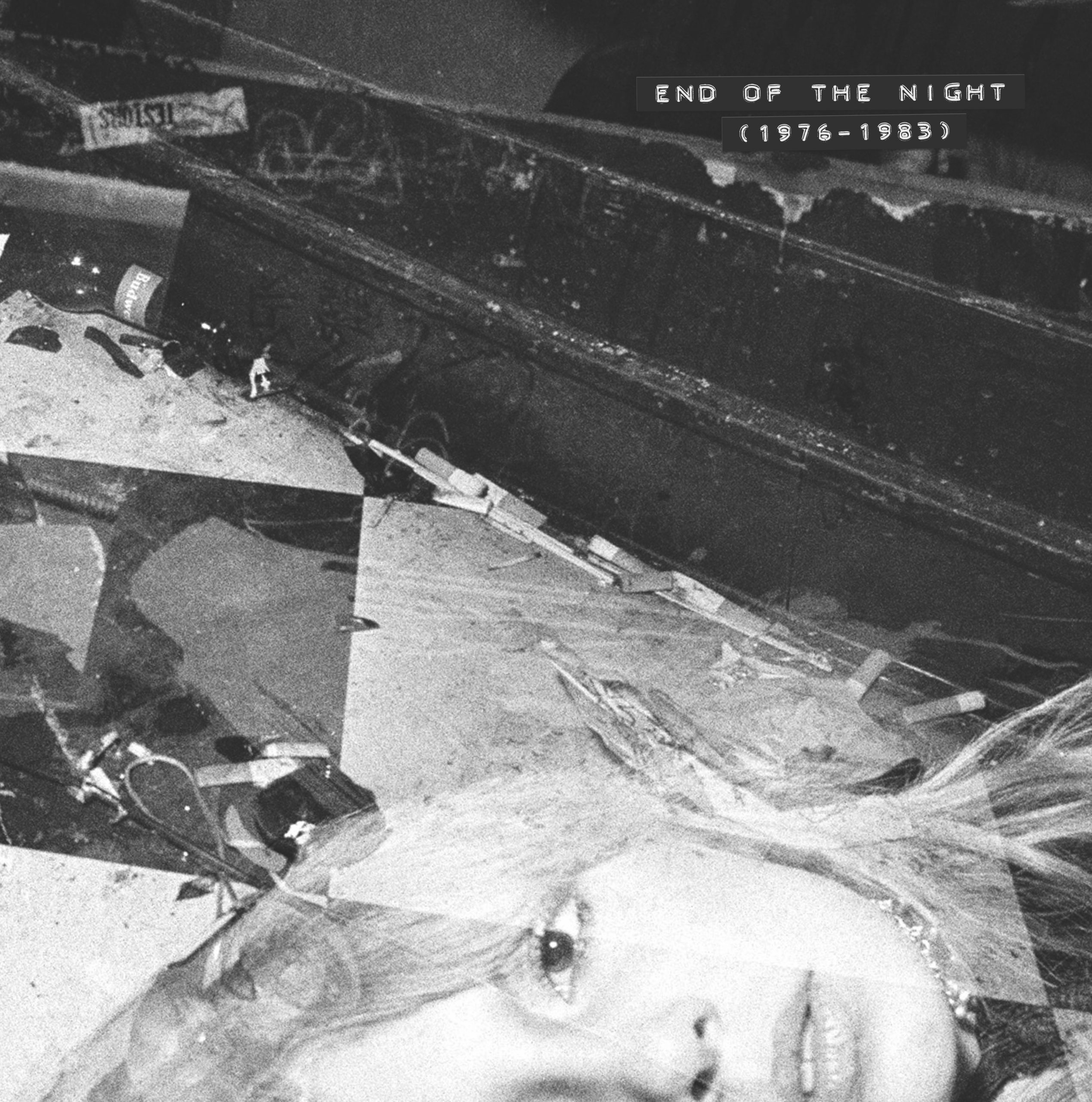 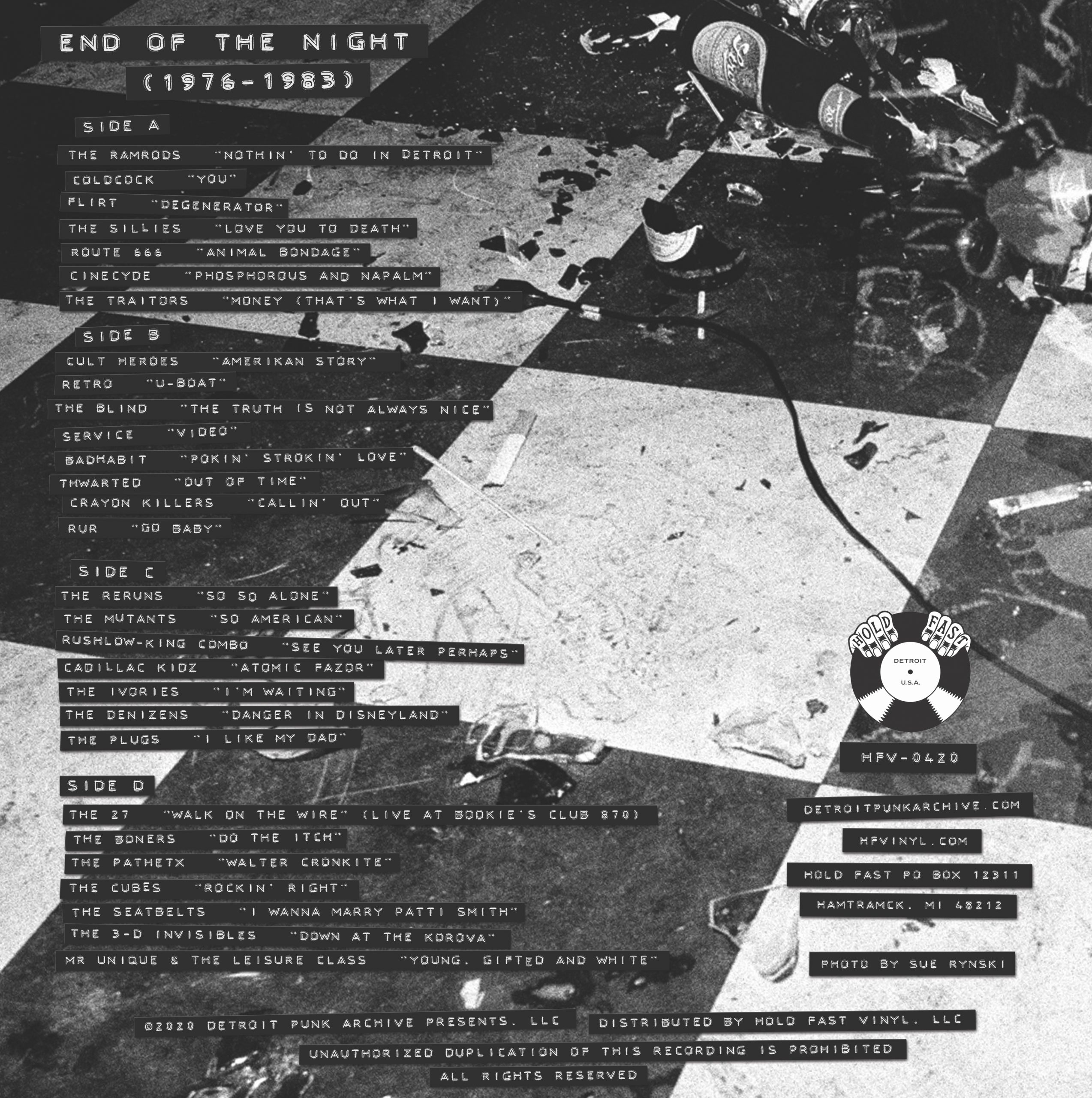 Detroit Punk Archive Presents “End of the Night (1976-1983)” is a two-LP, 29 track exploration showcasing previously released tracks from independently released compilations and 7 inches along with unheard demos by notable bands from the scene. Among those featured includes members of future notable acts as Was (Not Was), Swans, and more as well as two tracks produced by former MC5 guitarist Wayne Kramer.

The Ramrods – “Nothin’ to Do in Detroit”

The Sillies – “Love You to Death”

The Blind – “The Truth is Not Always Nice”

Thwarted – “Out of Time”

The Mutants – “So American”

The Denizens – “Danger in Disneyland”

The 3-D Invisibles – “Down at the Korova”

“End of the Night (1976-1983)” was mastered by Warren Defever (His Name is Alive) at Third Man Mastering in Detroit, pressed by Third Man Pressing in Detroit, featuring a deluxe tip-on gatefold covers from Stoughton Printing in City of Industry, California with stunning photography by Sue Rynski and design by Chris Urbanski. Extensive liner notes by Paul Zimmerman & Rob St. Mary, inserts, and a digital download card round out this set.

It’s an honor to offer this set as a Record Store Day UK 2020 selection!

With scene classics and unreleased surprises, this set is like finding a garage stocked with Motor City muscle cars ready to roar. Get In – Take the Ride!